If I told you that today's beginning-of-spring holiday always falls on Easter Monday, you might think that it had happened a month ago. But I'm talking about Eastern Christian Easter.


You might also suspect that a holiday celebrated on Easter Monday would only be celebrated by Christians. But again, you'd be wrong. Egyptians of every religion celebrate “Smell the Spring Day.” 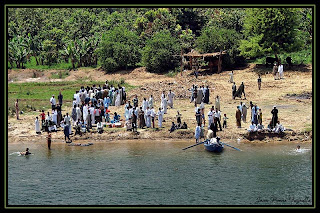 The holiday started with ancient Egyptians. They offered salted fish, lettuce, and onions to their gods and goddesses in celebration of the arrival of spring. When Christianity swept through Egypt, in the 200s and 300s, the holiday became attached to Easter. Later, of course, Islam took over, but the springtime holiday remained linked to the Eastern Christian calendar. 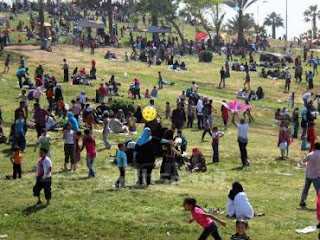 Smelling the spring traditionally involves breaking open an onion and smelling it, but most people smell the spring through simply being outside in nature. People often picnic in public gardens, along the banks of the Nile River, or at the zoo. 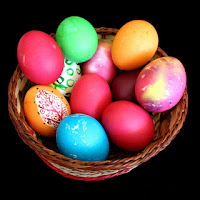 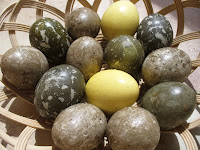 The traditional foods eaten on this holiday haven't changed much from the ancient fare: salted fish, scallions or green onions, and lettuce. Two additions are Lupini beans and colored hard-boiled eggs. 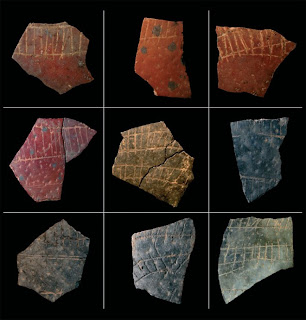 You may already know that humans first lived in Africa (which is where Egypt is, of course). But perhaps you didn't know that ancient humans in Africa were already decorating eggs 60 THOUSAND YEARS AGO! Scientists have found colored and engraved ostrich eggs that were that old—and all I can say is, “Wow!”

Decorated ostrich eggs have also been found in Ancient Egyptian tombs from 5 thousand years ago—along with gold or silver copies of decorated eggs.

I guess it's safe to say that decorated eggs AREN'T necessarily “Easter eggs”!

Check out my Pinterest boards of May holidays, historical events in May, and May birthdays.

Be Kind to Animals Week