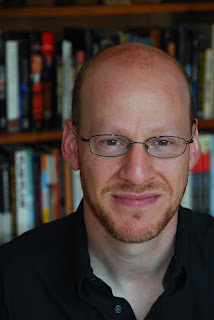 Is it a compliment to be called The Bad Astronomer?

One would think that Phil Plait, an astronomer who lives in Boulder, Colorado, would feel insulted when people call him The Bad Astronomer. But actually, it's a name he embraces and uses himself.

You see, in the late nineties, working astronomer Phil Plait noticed that there was a lot of public interest in astronomical topics – but also a lot of misconceptions, conspiracy theories, and muddled thinking. He saw astronomical goofs in movies, in the news, in articles, and especially on the Internet.

He decided to do something about it. In 1998 he launched a website he called Bad Astronomy. On that website, he provided correct information and good sources plus some all-important critical thinking about news items and conspiracy theories. Some of the topics he discussed on Bad Astronomy included the so-called Moon landing “hoax” (newsflash – not a hoax, people really have landed on the Moon) and the predictions of a Planet X cataclysm. 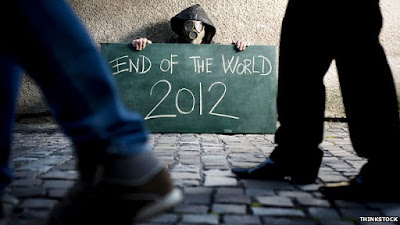 Plait's website got a lot of attention, especially after he criticized a Fox Network special. He started getting a lot of thanks from average citizens who weren't sure what to make of crazy-sounding claims and doomsday predictions, and he started getting thanks from others in the scientific community as well.

Soon Plait started a blog – also called Bad Astronomy – and to some extent he branched out from astronomy. Soon he was working with NASA and Discover Magazine, becoming a person of interest at skeptics' conferences, becoming a speaker... He has since appeared on TV and other media, given TED talks, hosted a TV series, written books, served as president of the James Randi Educational Foundation - well, he has since done LOTS of things! He's won several awards and honors and has even had an asteroid named after him (165347 Philplait)! 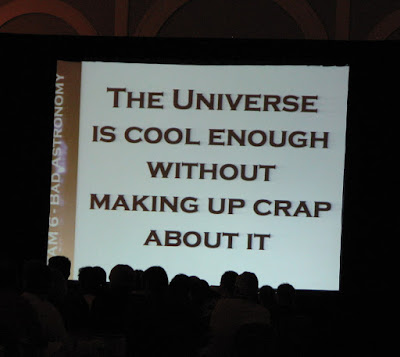 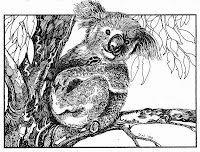 Save the Koala Day
(last Friday in September)

Why did Doyle think so poorly of Rhine?

Sir Arthur Conan Doyle was great at creating a complex fictional detective character who remains popular to this day. Doyle was really good at crafting detective stories that have kept generations of readers interested. But he wasn't really good at everything.

One of the big not-so-good things about Doyle was his uncritical attitude about spiritualism, communicating with the death, mediums and seances and all the rest of it. Doyle was very enthusiastic about all of that stuff. So enthusiastic that he became a True Believer, and he wasn't able to think clearly about the topic. If people said that a particular séance was full of trickery, Doyle pushed away the evidence. If someone said that a particular medium was a fraud, Doyle ignored the report.


J.B. Rhine had attended a séance put on by medium Mina Crandon. He claimed that he observed Crandon kicking a megaphone to give the impression it was levitating (rising up through the power of an invisible spirit), using luminous objects to represent otherworldly spirits, and doing other tricks. Rhine wrote an article exposing Crandon's tricks, and Doyle attacked him in response.

The weird thing is that Rhine was a bit of a believer, too. At least he wanted to be.

Rhine had studied to be a scientist – a plant scientist, or botanist, to be exact. While at the university where he was earning his Master's and PhD, Rhine heard a lecture given by none other than Arthur Conan Doyle. In the lecture, Doyle said that there was scientific proof that mediums really were communicating with the dead. (That's incorrect, by the way.) And the idea fascinated Rhine and his wife so much that Rhine soon left botany for a new “science,” parapsychology.

Rhine is pretty famous for his research on ESP, or extra-sensory perception. Could people know what is on a hidden card, or what another person is thinking, or what is going to happen soon – through some previously unknown ability?

With his scientific training, Rhine knew that he should set up a properly controlled experiment with which he could test these possible powers of the mind. And, from what I can tell by reading about Rhine and his work, I think he tried to set up a proper experiment. I think that he didn't want to fool himself like he probably realized Doyle was fooling himself about mediums and seances.

But he did fool himself, unfortunately.

Working at Duke University, NC, Rhine tested Duke undergraduate students for ESP using Zener cards. The experimenter picks up a card in a shuffled deck of 25 cards, observes which of the five symbols is on the card, and records the guess of the student being tested.

Most students guessed right about as many times as chance predicts – about 20% of the time. But some students did way better.

At times, at least.

Rhine thought that his amazing undergrads had ESP (and I do think that he was fooling himself, not trying to trick people), but here are some of the problems with this experiment: 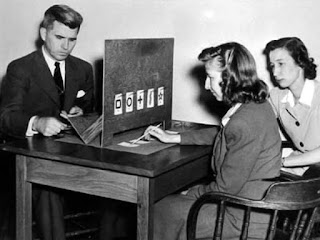 As others studied Rhine's results and complained about things like reflections, see-through cards, or other ways in which test takers could improve their guesses, Rhine kept trying to devise better experiments that wouldn't allow “sensory leakage” or cheating. But then he was unable to find any high-scoring subjects.

After the eventual lack of success using the Zener cards, parapsychologists no longer use card-guessing studies.

Like I said before, I think that Rhine meant well, and his work with medium Crandon demonstrates his lack of desire to willfully cheat in order to believe in amazing ideas. However, I think he let down his own scientific training in the way he reported his results. He didn't design his experiments well, nor did he describe his experimental methods with enough clarity, he used math in a fudgy way instead of as a tool to make the testing more rigorous, and worst of all, he was selective in his reporting with the result that he exaggerated his successes and explained away his failures. 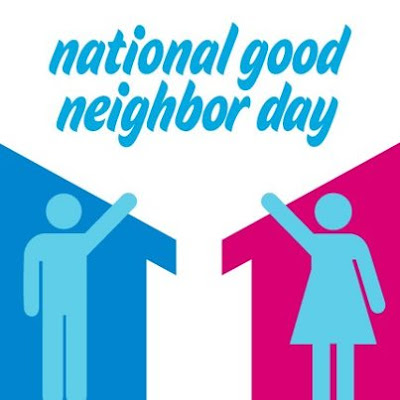 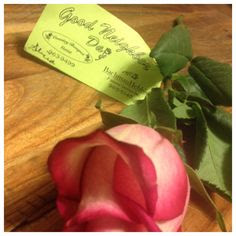 Perhaps you could give your neighbors a nice basket of fruit, some homemade goodies, or a single rose - plus a thank you note for your their help through the years.

Remember, neighbors can be more helpful than even friends and family, in some situations. If you need an egg and realize you're out halfway through a batch of brownies, sure your aunt would gladly give you an egg – but you can't travel most of the way across the city for one egg! If you are going on a trip, your best friend might be willing to feed your cat and water your houseplants, but he can't easily do that if he lives two cities away. In an emergency, it's much better to have a neighbor with an extra key to blow out the candle you left burning than to rely on someone much farther away. 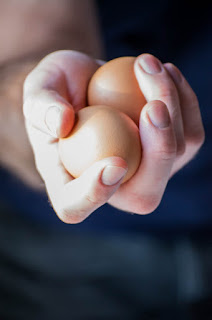 So, be friendly to your neighbors! Introduce yourself, offer to babysit or petsit, mention that you're handy at fixing things and give out your phone number for “any time!” If you need a strong pair of hands to unload a new purchase or someone to collect your mail while you are gone, ask a neighbor – politely, of course – and remember that accepting help is as valuable to building relationships as offering help. 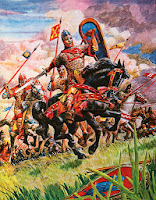 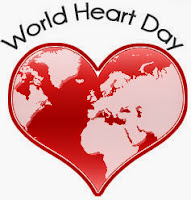 Many countries have a “patron saint” that is supposed to especially look out for the people in that country. Today is the Feast Day of Vincent de Paul, patron saint of Madagascar. So I decided to check in with this African island nation!

Of course, Madagascar is well known for having unique animals. But I already wrote about that here and here. Today I thought I would focus more on the people of Madagascar, who are called the Malagasy people. 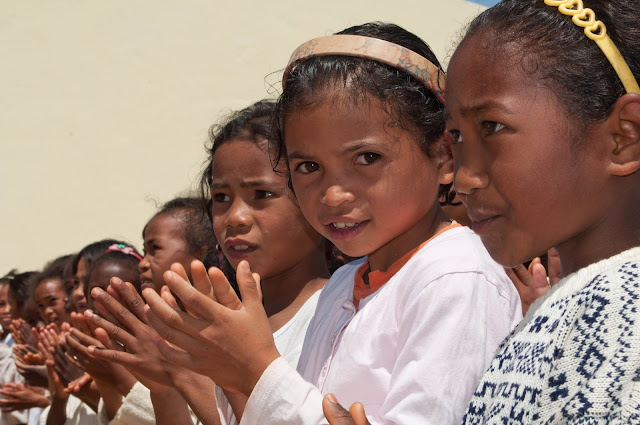 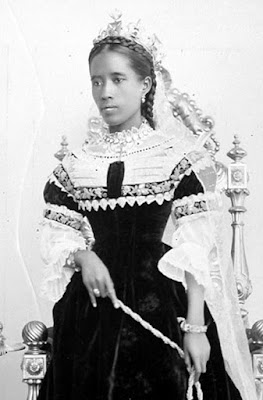 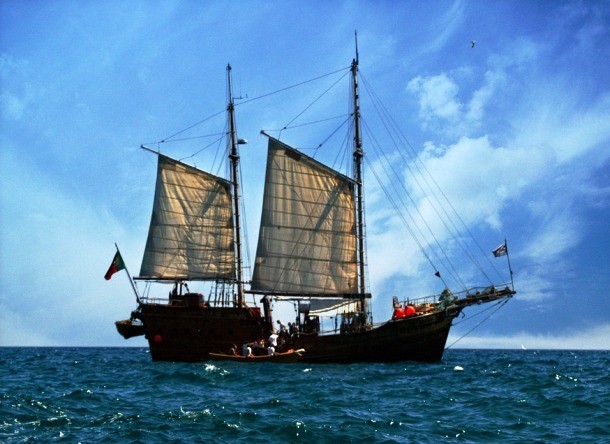 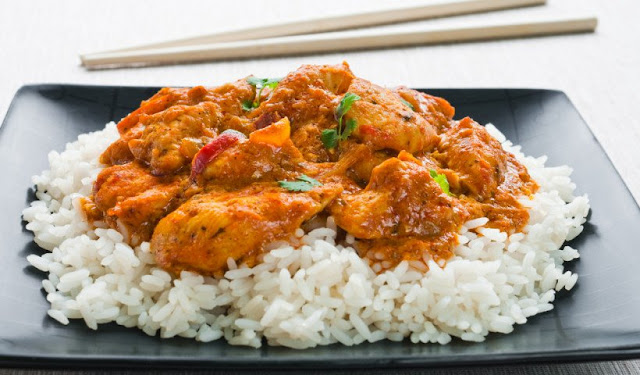 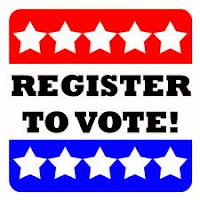 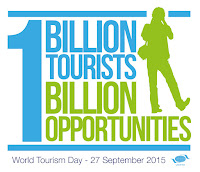 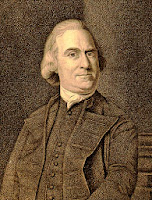 When I say, “the Empire,” I don't mean the horrible galaxy-wide dictatorship that Strikes Back in the Star Wars movies – that's fictional – instead, I mean the British Empire, which straddled the globe in the 1800s and the early 1900s. It was made up of a variety of dominions, colonies, protectorate, mandates, plus other territories.

On this date in 1907, two new “New” dominions joined the British Empire:

It was a semi-independent political unit. British dominions were considered to be under the British Crown (in modern times, Queen Elizabeth II), but they were governed by locally-elected governments. They shared a common citizenship and collaborated on foreign affairs and defense.

Since World War II, there is no more “British Empire.” All the dominions became fully independent of the United Kingdom, although they remain in the Commonwealth of Nations and still have Queen Elizabeth II as their reigning sovereign.

Now, what do you know about New Zealand and Newfoundland?

For each question, answer “New Zealand” or “Newfoundland” or “both”: 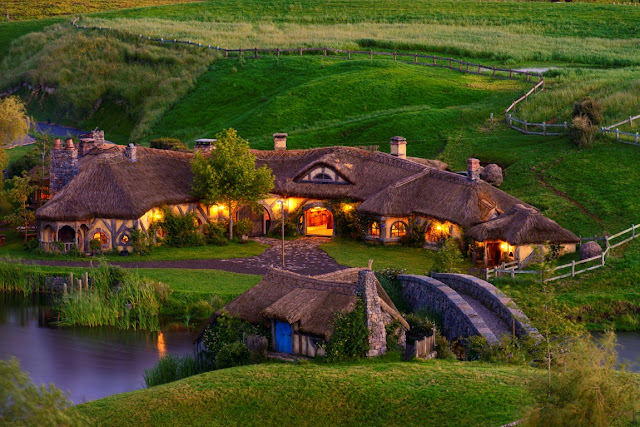 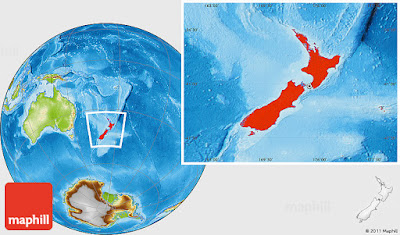 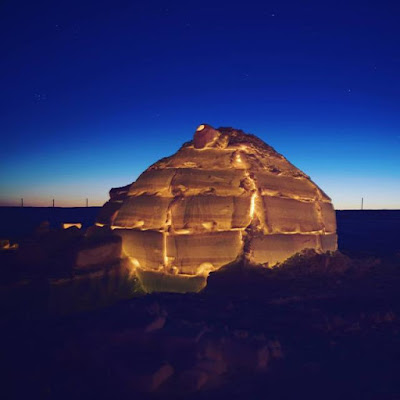 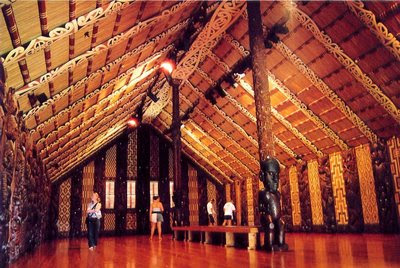 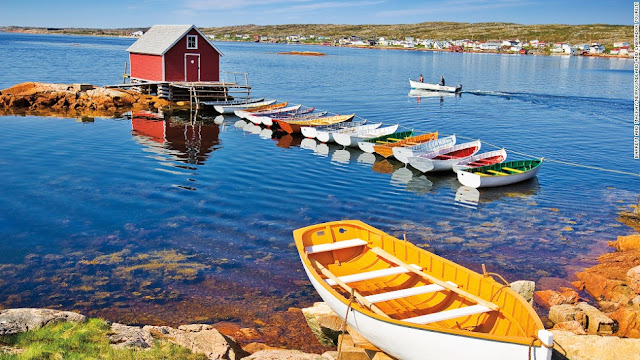 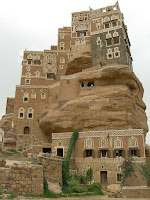 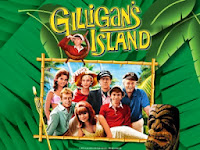