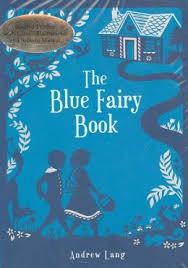 
Trying to list all of Scotsman Andrew Lang's books is a big order—because these twelve books are just a fraction of all the books he has published! Andrew Lang is credited with writing many articles and books on literary criticism (which means he reviewed books that other people wrote), anthropology, mythology, history, and travel. He also wrote fiction and poetry. But he is most famous for his Fairy Books of Many Colours.

Which, by the way, he didn't actually write! 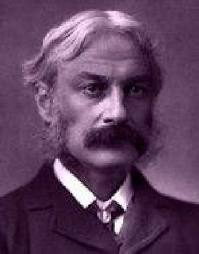 Andrew Lang, born on this date in 1844, is primarily known as a collector of fairy tales and editor of the Fairy Book series. He cultivated many different sources, people who traveled about, discovering and writing down oral stories from all over the world. Lang edited the stories so that they were suitable for children, hired illustrators to depict the stories, and published them in volumes.

One of Lang's brilliant ideas was publishing the books with colored bindings that matched their titles. In this simple way Lang created a brand that people could recognize and collect, back in a time when there was very little product branding. If a family already owned two or three of his fairy books, it was quite likely that they would go on collecting each as it was published.

Andrew Lang's illustrated fairy books were hugely popular and just as hugely influential on children's literature! Many other people jumped on the bandwagon and published collections of fairy tales. 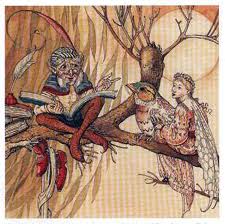 You could choose your own favorite fairy tales (from anywhere and everywhere), print them out, illustrate them, and thereby create your own Fairy Book. 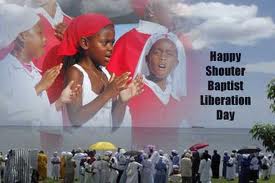 Today's holiday reminds the people of Trinidad and Tobago that for more than 30 years, from 1917 to 1951, practicing the Spiritual Baptist religion (otherwise known as the Shouter Baptist religion) was illegal!

This group of Christians were called Shouter Baptists by outsiders to poke fun at the loud clapping and shouting during worship services. The Shouter Baptists themselves didn't like the name and decided to call themselves Spiritual Baptists. Their enthusiastic dancing, clapping, singing, and shouting made services lively—sometimes people even fell to the ground and shook with convulsions.

Why was this worship illegal? The police and government made the excuse that the services were too loud. The Shouter Baptists, they said, disturbed the peace. The dancing and shouting and especially the convulsions seemed primitive, even indecent (they hinted).

It is possible that the underlying reason for the ban was that this religion mixed Baptist beliefs with African traditions, and some people—even some black people—in Trinidad had prejudice against all things African. Black people who were former slaves didn't want the reminder of their degradation.

As I read about how this bigoted law got passed in the first place, I found out (for the first time in my long, long life) about the “Merikins.” These were former slaves who fought with the British against the Americans in the War of 1812. The black marines were fighting against their former owners—one might say they felt as if they were fighting for freedom, for themselves and their people. 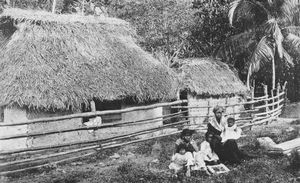 For their service, after the war was over, British offered to take all of the black marines to Trinidad, where they could be free. About 760 marines took them up on their offer and emigrated to Trinidad, where they set up “companies” (villages), each under the supervision of a sergeant or corporal. The government provided the refugees shelter, tools, and some cuttings and seeds for planting. Some also received clothes, blankets, and food to eat while they started farms. The “starter” daily rations were plantain (a kind of banana) and salt meat. 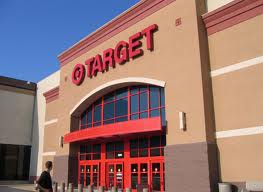 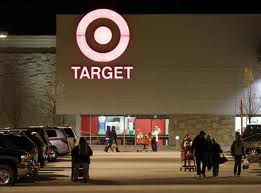 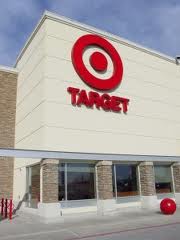 Chain stores and restaurants are not entirely bad—I remember being glad to pop into a Staples in another state, because I was sure they'd have what I needed (and I was right), and familiarity can bring comfort. But it's not entirely good, either. 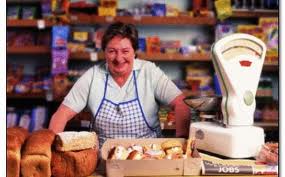 It's nice to go into a store and a restaurant NOT knowing exactly what you're going to see.

It's nice when someone can open a store or restaurant or other business and offer something original, unique to that location.

It's something we should support! 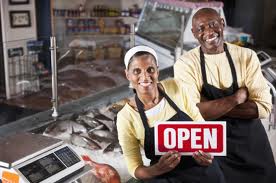 Today is the day to find entrepreneurs (people who open and operate their own businesses) who are married couples running a shop, restaurant, or other business and, if you can, support that business. Eat at a non-chain restaurant, Find an independent bookstore. Can you find a mom-and-pop candy store, bakery, or produce mart? 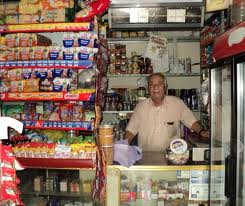 Get out there and shop—at a mom & pop shop, that is! 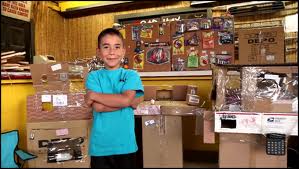 Did you ever see the movie about Caine's Arcade? Now that kid is an engineer as well as an entrepreneur!

Holidays celebrating teachers are common the world over, and today is one of them!

Back when I was young, there was a nation called Czechoslovakia. (As you can imagine, it struck horror into students' hearts when asked to spell it for a test.) In 1993, this nation peacefully split up into two separate countries, the Czech Republic and Slovakia (making memorizing the spellings easier, thank you!). 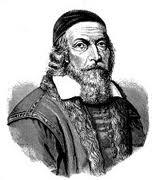 Both nations continue to celebrate Teachers' Day on the same date, for the day honors the 1592 birthday of an extraordinary teacher: Jan Amos Komensky.

(He is also known by a Latin name, Comenius.)

Poor Komensky didn't have the easiest life. Living in Moravia, one of the Czech lands, he was orphaned at an early age, and his guardians stole the bit of inheritance his parents left him. The schools he went to were harsh—he later referred to them as the slaughter-houses of the young. Even after he earned a college education and became a teacher, he was in for rough times when his wife and children died during an epidemic and his land became embroiled in the Thirty Years War. Spaniards burned Komensky's village, including his library and his writings, and Komensky was forced into exile for the rest of his life! 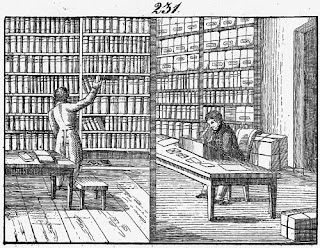 Komensky believed that self-discipline should be the good-stuff motivation for learning, rather than using the bad-stuff “motivation” of physically punishing those who make mistakes or forget facts. He urged universal education, including the radical ideas of educating girls as well as boys and poor children as well as rich. He introduced the idea of using books written in children's native languages, rather than in Latin, and the idea of including pictures in books for children. He urged the development of logical thinking rather than just asking kids to memorize, memorize, memorize.

And Komensky traveled all over Europe talking about his progressive ideas about education. He was offered the opportunity to travel to the American colonies to head up a new university called Harvard, but he turned down the job and stayed in Europe.

Unfortunately, during another battle, his writings were once more burned! 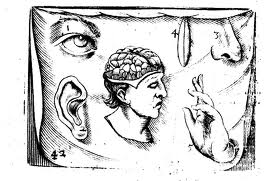 But some of Komensky's writings survived, and they formed the basis of elementary education in many parts of Europe. One of his most famous works, Orbis Pictus, was the first illustrated encyclopedia for children. (The longer title translates to Nomenclature and Pictures of all the Chief Things that are in the World and of Men's Employments Therein.)

I'm thinking a chocolate caramel Comenius cake and a nice interlude of poring over the pictures in The Ultimate Visual Dictionary. I'll raise my glass (of milk—that chocolate caramel cake is RICH!) to the man who worked for no paddlings, education for girls, and higher-level thinking skills! 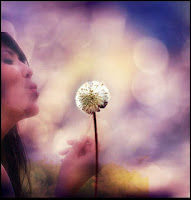 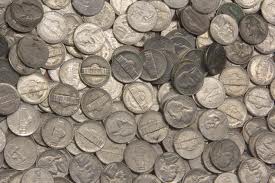 “If I Had a Nose Full of Nickels, I'd Sneeze Them All Atchoo!”

“She Thinks My Tractor's Sexy”

“You're the Reason Our Kids Are Ugly”

“How Come Your Dog Don't Bite Nobody But Me?” 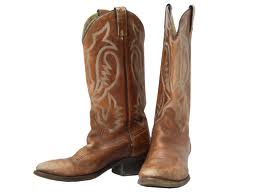 Of course, there are plenty of short-and-normal song titles, too—such as Lady Antebellum's “Downtown” and Darius Rucker's “Wagon Wheel.”

But today's the day to relish the long-winded and strange and especially the humorous titles country music so frequently dishes up.

Country music evolved from the folk music played and sung in the Appalachian mountains, in the eastern United States. Country music became a recognized and commercial genre (type of music) in the 1920s, and in the 1940s, it became popular all over the U.S. The popularity spread to Canada and eventually Australia, and is now finally making inroads worldwide. 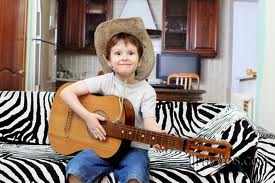 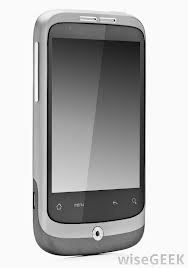 If the Phone Don’t Ring, It’s Me Not Calling You Up 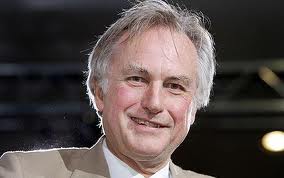 
Richard Dawkins does exactly these things! 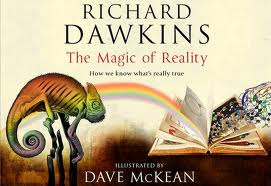 Another of my heroes who transmitted scientific knowledge and excitement in equal measures is Carl Sagan. Sadly, Sagan died in 1996 at age 62. I loved reading his books and still sometimes reread them, but I was on the lookout for another author who could fill the popular-science niche. When I read Dawkins's book Unweaving the Rainbow, I realized that I had found a new hero. I also really like Dawkins's book for young people, The Magic of Reality. 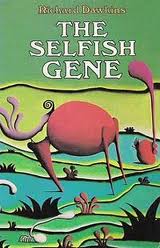 But neither of those are the book that made Dawkins famous. His book The Selfish Gene, published in 1976, became extremely popular and even revolutionary. It has sold over a million copies and has been translated into more than 25 languages.

You might know that a gene is a unit of heredity, something that is passed down from parent to child. It is a section of DNA that determines (or helps determine) a particular trait such as eye color or the shape of a nose.

Richard Dawkins's book talks about evolution, not from the viewpoint of individual animals that struggle to live and reproduce, but from the viewpoint of genes. He is not talking about genes that make people or animals selfish—instead, his book explains why people and some animals are so amazingly UN-selfish. It really is an interesting and worthwhile read, although a fairly high-level one.

From Genes to Memes... 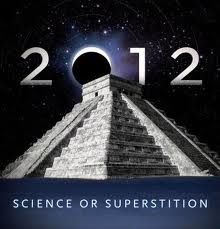 In The Selfish Gene, Dawkins introduced the word meme to mean a unit of culture. What, you may ask, is a unit of culture? It is a song or ditty, a catchphrase or slang word, an idea or belief, a story or even a behavior that is passed from one person to another through retelling and imitation. Memes not only reproduce (spread through imitation), they change or evolve. 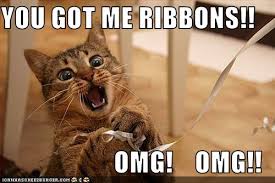 Dawkins coined the word meme long before the internet became the incredible “all-encompassing cultural juggernaut” that it is today, but we now use the word most often to mean something on the internet—usually an image or video, or a type of image or video—that spreads through "liking" and sharing. Images, websites, Facebook pages, and videos that spread far and wide in a short period of time are said to have gone viral. Here some teens discuss such internet memes (and not too kindly!). 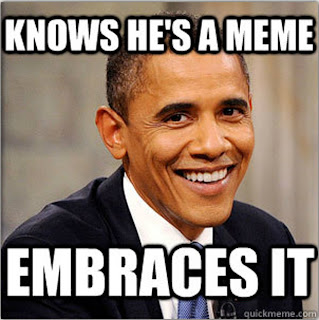 By the way, there is an entire field of study now called memetics, the study of memes. More exactly, memetics is a theory of the spread of mental content based on the analogy of evolution.