May 31 - Exploring the Strait of Juan de Fuca

When I read that today is the anniversary of Spanish Peruvian naval officer and cartographer Manuel Quimper beginning, in 1790, to chart the Strait of Juan de Fuca...I got to wondering why the Strait wasn't named the Strait of Quimper!?

I totally get that Quimper wasn't the first person to "discover" this stretch of water now located between the U.S. state of Washington and Vancouver Island in British Columbia, Canada. 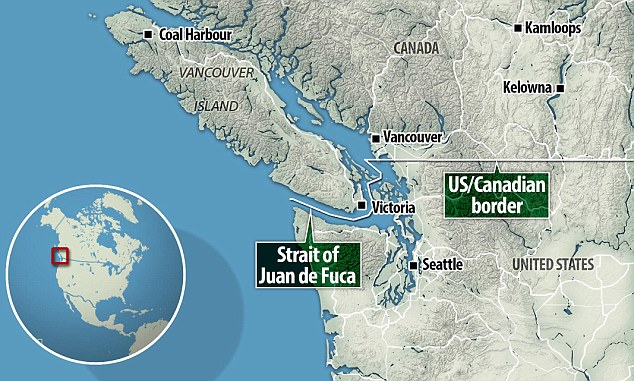 Obviously, Native Americans / First Nations people had seen and traveled and explored this bit of water and probably every single island in the water for thousands of years. But European explorers had a habit of naming claiming and naming places long used and occupied by indigenous people.

The fact is, Quimper was definitely not the first European person to see or study the strait, and he didn't name it. An English sea captain and fur trader named Charles Barkley named the strait a few years before Quimper charted it - and he named it after Juan de Fuca.

Juan de Fuca was christened either Ioánnis Phokas or  Apóstolos Valeriános. This Greek sailor and ship's pilot worked for Spanish King Philip II, and "Juan de Fuca" was a Spanish translation of Ioánnis Phokas. He lived and sailed to the Far East (China, Philippines) and "New Spain" (North America) in the late 1500s, long before Quimper and Barkley were born.

Juan de Fuca claimed to have discovered the fabled "Strait of Anián," which was then believed to be a Northwest Passage that linked the Atlantic and Pacific Oceans (but we now know that there is no such passage). The location of this Strait of Anián was roughly that of the strait now named Juan de Fuca, but his claim was that it was located 47 degrees north, and it's actually 48 degrees north, a difference of around 69 miles or 111 kilometers. He described a large island - and Vancouver Island is indeed large! - and a pillar of rock - and there is such a pillar! But most of the description of the land surrounding the strait doesn't match reality, and even the rock pillar that does exist is located on the opposite side from the Greek pilot's report. 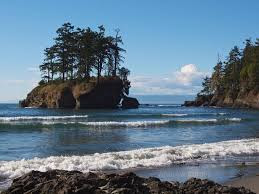 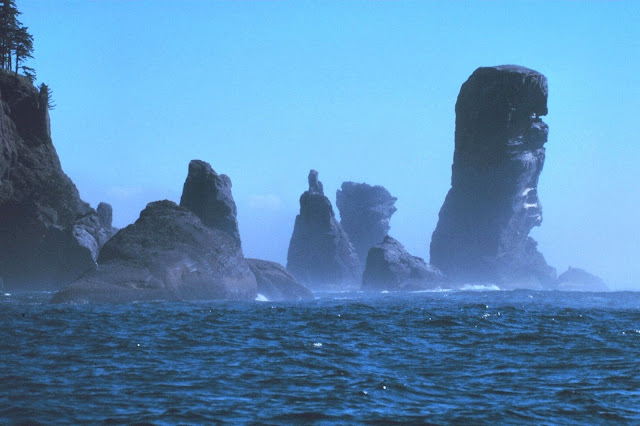 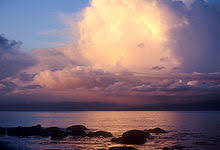 Because of these uncertainties, historians are not certain whether or not Juan de Fuca ever actually traveled to and through the strait named for him. 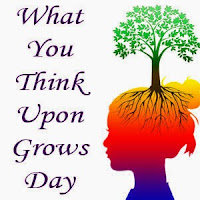 What You Think Upon Grows Day

Anniversary of the discovery of the Catacombs 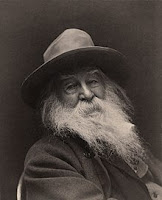 Carpet Day in Turkmenistan
(Last Sunday in May)

May 30 - Lincoln Memorial - With Dedication 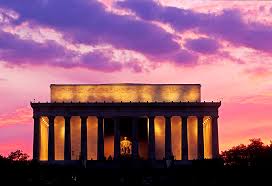 Today many of us are still Staying At Home due to the global pandemic. But we can still visit the Lincoln Memorial in a virtual way!

On this date in 1922, the Lincoln Memorial was dedicated.

Did you know that a powerful Speaker of the House gummed up the plans to build the Lincoln Memorial? Here is the story - and it's NOT what I expected, so maybe not what you expect as well! 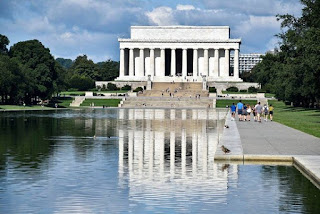 Here is a short, general video about the Lincoln Memorial - including mention of the dedication. It may not surprise you to learn that the dedication ceremony was segregated by race. 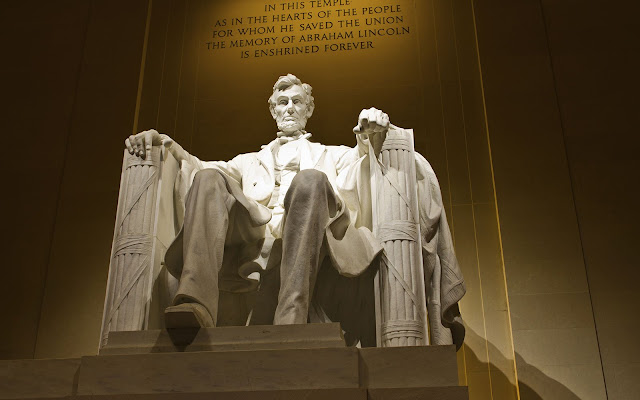 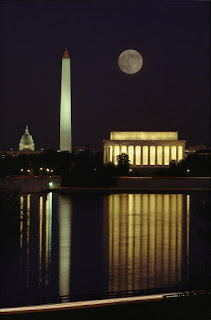 Here are some tips for real-life visiting the Lincoln Memorial - when we can travel again! 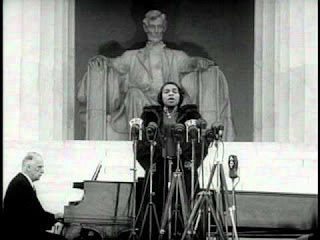 Just a reminder: some important things have happened at the Lincoln Memorial - like Marian Anderson's 1939 concert on the steps of the memorial - with more than 75,000 people attending in person and millions more listening on radio!!! Anderson had been barred from singing in Washington D.C.'s Constitution Hall, because she was black, so when she sang "My Country, Tis of Thee..." - she was making a statement! 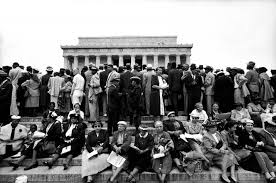 In 1957, around 25,000 people attended a rally at the memorial - called a Prayer Pilgrimage - to draw attention to the lack of progress in desegregating schools and to push for new civil rights laws. 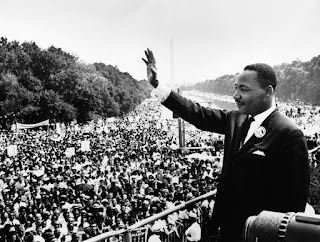 And of course the 1963 March on Washington for Jobs and Freedom ended at the Lincoln Memorial, and that's where Martin Luther King, Jr., gave his "I Have a Dream" speech. That event included around 200,000 participants and is memorialized with a plaque positioned where King stood. 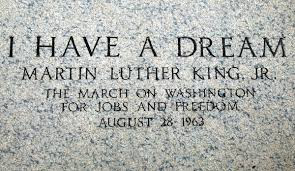 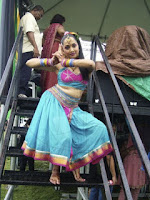 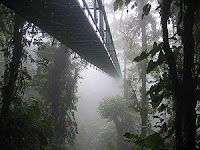 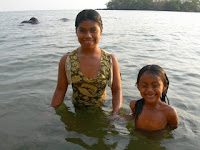 Anniversary of the eruption of Mount Lassen 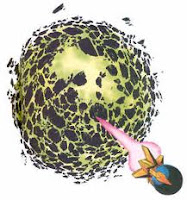 Anniversary of the discovery of krypton 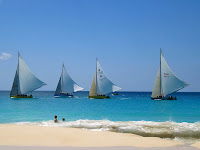 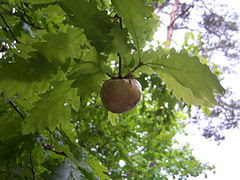 I didn't even know that some oaks grow "oak apples" - which aren't fruit (of course - the fruit of an oak is an acorn!), but rather galls. Galls are abnormal swelling growth on plants - things like benign tumors or warts on animals. But oak apples really do look like apples!

May 29 is called Oak Apple Day in commemoration of this date in 1660, when the English monarchy was officially restored. 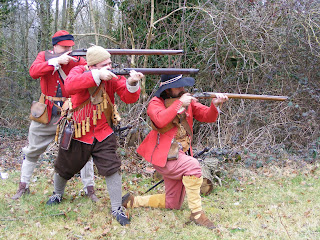 You see, there was this whole English Civil War, when a Roundhead army (supporters of Parliament) fought against royalists (supporters of the king, in this case King Charles I) for control of England's government. The Roundheads won; in 1649 Charles I was executed, his son (Charles II) was exiled, and soon after Oliver Cromwell became the leader of the nation.

Even though the monarchy was squelched only around a decade, the English Civil War established that a king or queen cannot rule Britain without the consent of Parliament.

Now, what the heck does any of that have to do with oak apples? 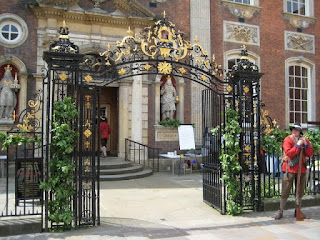 Because of that historical story (I'm not sure if the hiding-in-an-oak-tree story is true or not!), English people decorated porches and gates with oak branches. 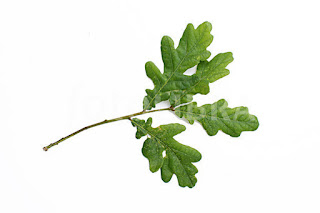 People would wear oak apples or sprigs of oak leaves. In some places, anyone who wasn't wearing oak would be pinched; in other places ridiculously terrible things like being pelted with eggs or being thrashed with nettles would befall anyone not wearing oak! 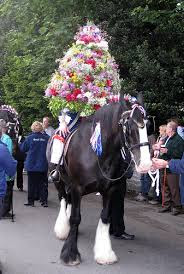 Other traditions are still carried out in some places. A statue of Charles II is decorated each year with a garland of oak leaves. There are processions of people holding oak branches or oak-leaf-decorated sticks. There are re-enactment activities and wood gathering activities.
I am not sure if any of these activities will occur in 2020...? 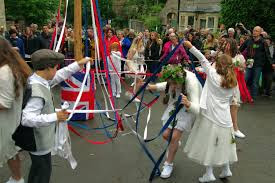 Put a Pillow on Your Fridge Day 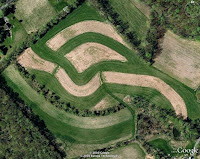 Anniversary of a solar eclipse confirming the Theory of Relativity

Anniversary of the first successful climb of Mount Everest 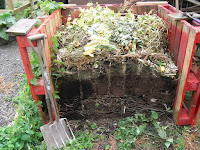 (Last Friday in May)