Many people associate the phrase “audacity to hope” with President Barack Obama because of his 2006 book titled The Audacity of Hope: Thoughts on Reclaiming the American Dream. And U.S. politics being very polarized these days, some people don't really like to deal with anything associated with President Obama.

However, the creators of this holiday assure us that it is about more than the current American president. It is for and about all people, of all times—of course Democrats and Republicans and third-party and no-party Americans, but also people all around the world.

Because, even when things are bleak, some people keep on keeping on, moving forward. Some people have the audacity to hope that things can be different, better. 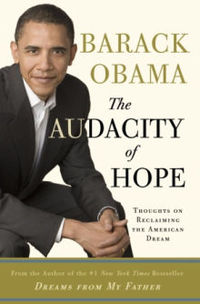 Obama is actually a great example of the audacity to hope. If you had suggested to every American adult, in the year 2002, that a man named Barack Hussein Obama would be elected president within the decade, most would've said, “You're crazy.” (Iraqi dictator Saddam Hussein was alive back then, and considered one of America's and the world's enemies.) If you had added that Obama was black, most people would've said, “You're really crazy.”

And if you had added that Obama was in actual fact biracial—with a white mother and a black father—a father from Africa, even, not an American—most people would've said, “You're really, really crazy!”

Now, mind you, I am not saying that only racist people would've said that that was crazy talk. I think that there was a general attitude even among people who loved the idea of a black or bi-racial president that such a candidate would've had no hope to win a major-party nomination, let alone a presidential election (let alone two!). Not then and not any time soon. 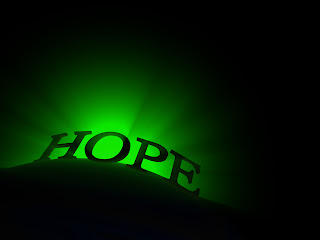 But some people didn't look at the same situation and think “no hope.” Some had the audacity to hope that there was a chance! And soon!

And if those people hadn't hoped and tried and worked, America would still be waiting for its first black president!

So, even if your dreams seem improbable, have the audacity to hope. And try. And work.

Maybe you can achieve those dreams, after all!