Are you surprised that there was no paper money in the U.S. until 1862? I sure was!

It turns out, of course, not to be so simple. There was paper currency (money) in America since at least 1690, when the Massachusetts Bay Colony issued some and then other colonies followed suit. Coins and barter—such as trading a chicken for a basket of vegetables—had been common up to that point, but there was a lot of trade within and between colonies, and coins were scarce—so the colonial governments printed notes that were supposed to be redeemable for silver or gold.

Sometimes, when somebody went to the bank to trade their paper money for silver or gold, the notes were redeemed, and the customer got the precious metals, and everyone was happy. But when bankers couldn't redeem paper money by paying out silver and gold, people lost faith in paper money.

During the Revolutionary War, the need for money was great, and the Continental Congress decided to issue federal paper currency. These dollars were called Continentals, and they were backed with “anticipation” of future tax dollars. In other words, this paper money wasn't backed up at all!

And so people didn't trust the paper money very much.

When people don't trust paper money, it really does lose its value. After all...if people won't give you food or clothes or services when you hand them paper money...then the paper money isn't really money. It's just paper!

All of this mistrust of paper money before the United States was quite born is the reason that it took our federal government so long to issue paper money! 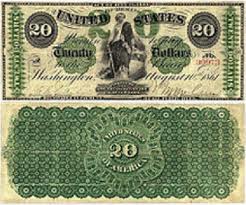 According to Ron's Currency, $1 bills were issued in August of the same year.

The Central Bank of Brazil offers a lesson on the evolution of money.

Learn more about the history of money here. 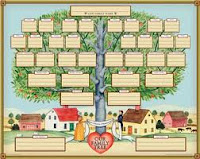 Naturalist Georg Steller's birthday
Posted by Cathy at 12:30 AM