Today we celebrate the spot on Earth that is closest to the moon.


The spot that is farthest from the center of the Earth.

In other words, the highest spot, the tip-top of Mount Everest, one would think! This mountain is the highest elevation in the world—so it must be closest to the moon and farthest from the center of the Earth.

Well, you've probably figured out that that would be wrong. The tip of paltry little Chimborazo, an inactive volcano that is a mere 20,565 feet high, is actually the closest to the moon.

And, of course, farthest from the center of the Earth. 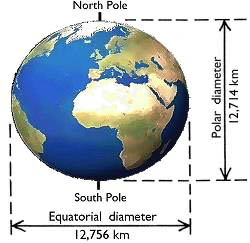 This is because we measure elevation from sea level. And compared to Mount Everest, Chimborazo is almost ten thousand feet closer to sea level. But Chimborazo is located in Ecuador, very close to the equator. And, as you may have heard, the Earth isn't a perfect sphere. It bulges a little in the middle—that is, at the equator. So this South American mountain sticks out into space about one and half miles more than Mount Everest!!