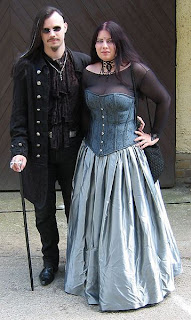 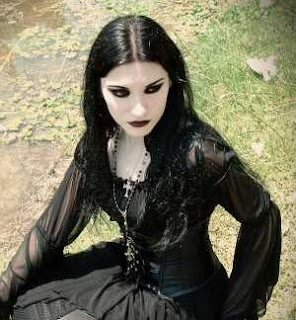 Every year since 1999, there has been a growing goth celebration at the original Disneyland in Anaheim, California, growing from 80 people in '99 to about 5,000 people last year. People come from all over the world, including New Zealand, Mexico, Brazil, and European countries.

Bats Day has also grown in length—the “day” is now three days long, including a special Nightmare Before Bats Day Dinner, complete with rock music. There are always large-group photos at Sleeping Beauty's Castle and at the Haunted Mansion, plus photo scavenger hunts!

When you are talking architecture, the Gothic period extends from 1180 to around 1500. Buildings became more and more elaborate, with flying buttresses, large stained-glass windows, pointed arches and spires. The Notre Dame Cathedral in Paris, France, is a great example of Gothic architecture. 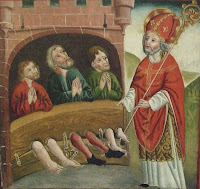 When you are talking art, Gothic painting is the period from 1280 to 1515, and it is more naturalistic, or realistic, than painting styles of the past. 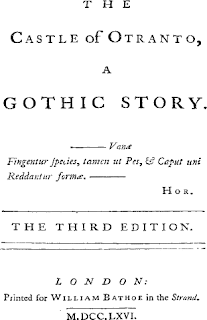 When you're talking fiction, Gothic novels became popular in the mid-1700s, with Horace Walpole's novel The Castle of Otranto: A Gothic Story. This style mixes horror and romance to produce “a pleasing sort of terror,” and it sometimes includes a dry sort of humor as well, as some Gothic novels make fun of themselves and their melodramatic excesses. Some examples of Gothic novels include Mary Shelley's Frankenstein, stories by Edgar Allan Poe, and the Bronte sisters' novels Jane Eyre and Wuthering Heights. Jane Austen wrote what might be the most famous parody of Gothic fiction in her Northanger Abbey. Gothic literature continued to be written through the Victorian period, into the late 1800s. Many consider modern horror to be an outgrowth of Gothic novels.


And when you talk about Gothic fashion or “goth” style, it is often elaborate (like Gothic architecture), Victorian-period-meets-horror genre (like Gothic literature), with a twist of modern punk-rock influence. Goth got its start in the late 1970s and early 1980s, and it has stuck around for a long, l-o-n-g time!

Independence Day in East Timor
Posted by Cathy at 12:30 AM