May 4 – Restoration of the Republic of Latvia 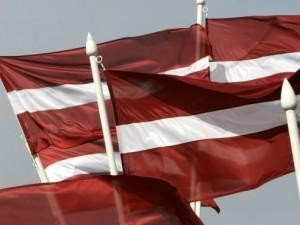 The Soviet Union was in slow-mo-breaking-apart mode, back in the late 1980s and the early 1990s. And on this date in 1990, Latvia declared its independence from the USSR.

There are a BUNCH of former-Soviet republics, many of whom are lumped together into the region called "Eastern Europe" - and a few of those considered "Baltic countries" because they border the Baltic Sea. To some extent, all these nations get mished-mashed together in our heads - unless we take the time to get to "know" them as separate places with their own wonderful features and atmospheres and customs.

So today, as Latvia celebrates a patriotic holiday, let's the rest of us celebrate Latvia! 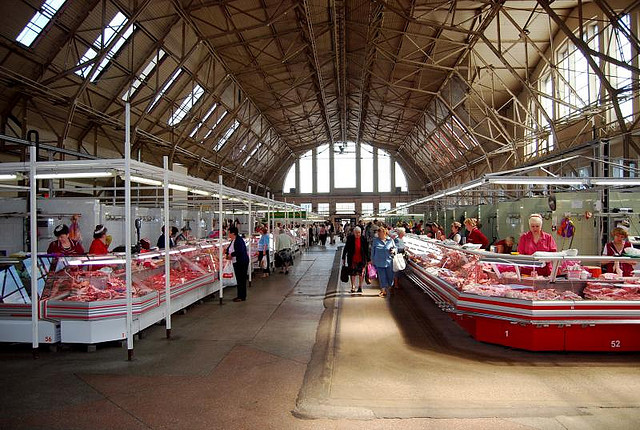 Riga has a big big big BIG market called the Central Market, which is partially housed in pavilions that were hangars built by the German army during World War I. When I hear "hangar," I think of airplanes - but apparently these hangars were for zeppelins!

Riga's historic center is a UNESCO World Heritage site because of all its Art Nouveau architecture: 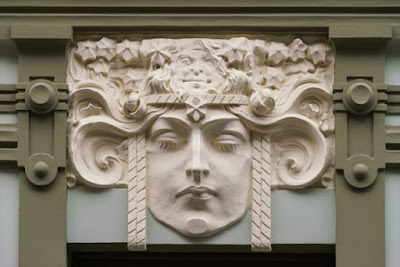 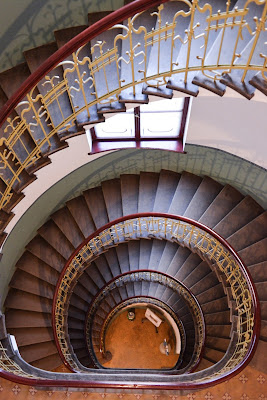 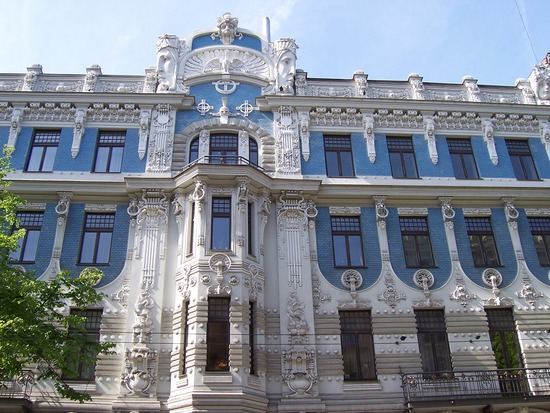 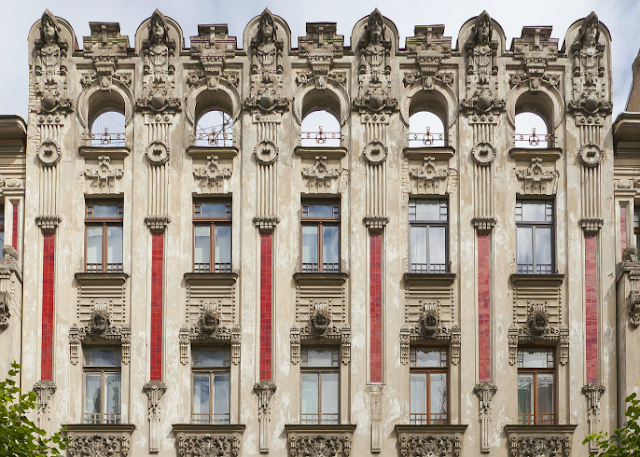 One of Latvia's port cities is Liepaja, and one of the tourist destinations there is a night in jail!! Yes, you too can pay to be uncomfortable in an old military lockup, complete with Soviet-style treatment if you choose the "full prisoner experience"!!! 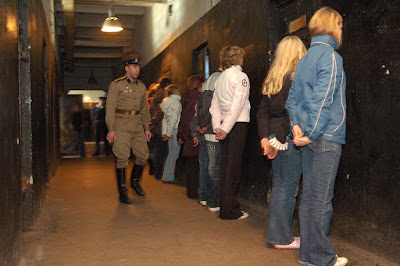 Apparently a LOT of the people who live in Riga go to the countryside almost every nice weekend. The nation has a lot of forests - more than half of the nation is covered in forest! -and locals often visit the forests to pick mushrooms and berries and tap birch sap to make juice! Latvians are considered by some to be a nation of foragers. 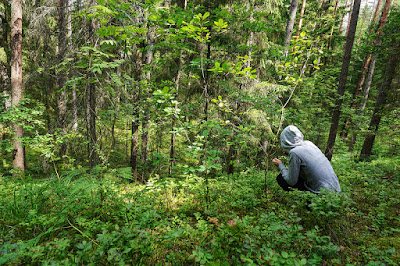 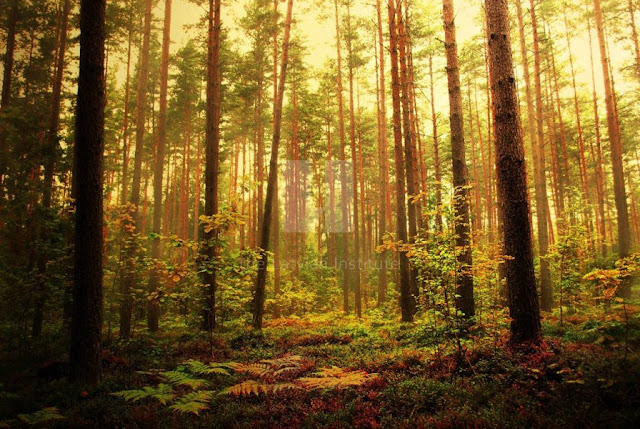 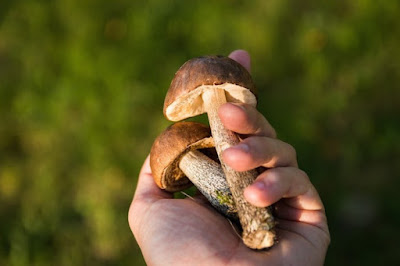 Latvia has the widest waterfall in Europe, the Ventas Rumba. 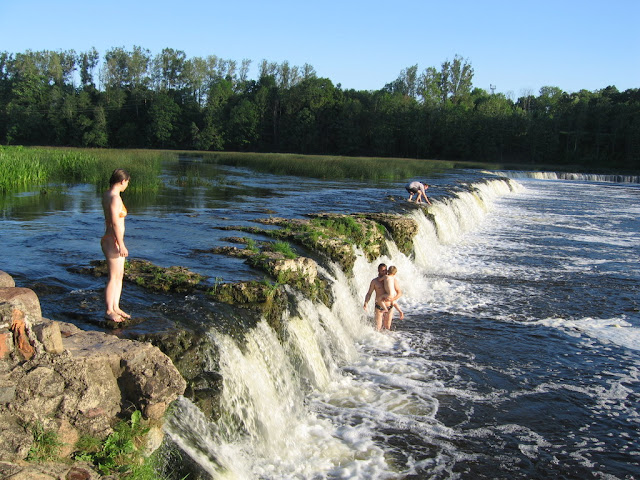 As a matter of fact, the nation is pretty watery altogether, with about 12,000 rivers and 3,000 small lakes! 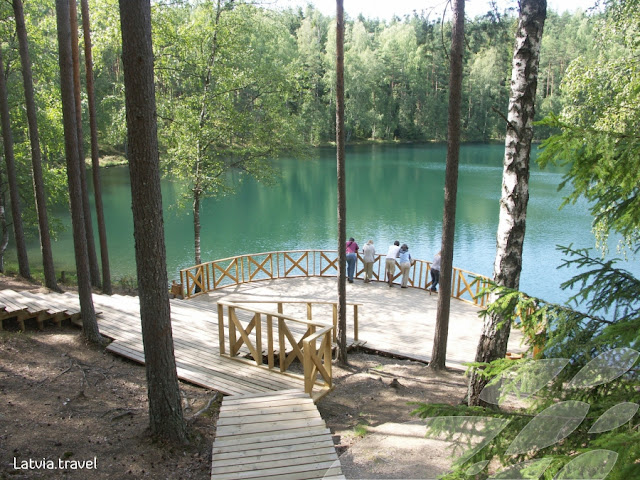 The nation also has a lot of beaches along its coast on the Baltic Sea.

Latvia is known for having one of the world's fastest internet connections plus tons of free Wifi in Riga.

It's known for song festivals - where maybe 10,000 people are ON STAGE in front of an audience! Ummmm....are there more people on stage than in the audience???!?

It's known for having tall people, and some say that it tops the world in average height in women (170 cm, or 5 feet 7 inches, just the teeniest smidge taller than average height of women in the Netherlands). Latvia produces a lot female models - it ranks fifth in the world per capita! 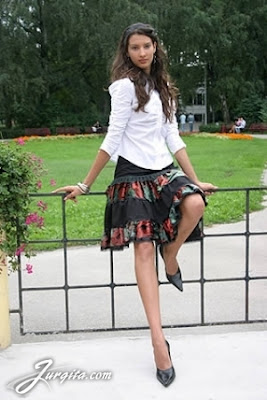 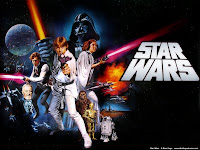 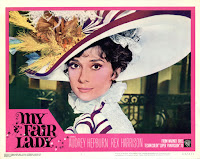