He spent 28 years on a remote tropical island, a castaway who had to deal with cannibals, pirates, and mutineers before he was finally rescued and brought back to England.

He is also a fictional character!

In 1719 Daniel Defoe published a book that he named The Life and Strange Surprizing Adventures of Robinson Crusoe, of York, Mariner: Who lived Eight and Twenty Years, all alone in an un‐inhabited Island on the Coast of America, near the Mouth of the Great River of Oroonoque; Having been cast on Shore by Shipwreck, wherein all the Men perished but himself. With An Account how he was at last as strangely deliver'd by Pirates. (We sensible modern types just call it Robinson Crusoe!) 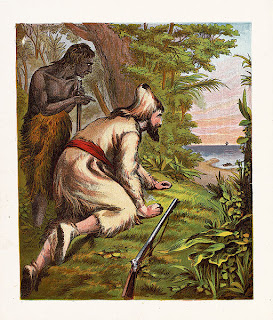 The book was probably inspired by the real-life adventures of the Scottish castaway Alexander Selkirk, who lived for four years on a Pacific Island off the coast of Chile. Defoe probably based his fictional island on the Caribbean island of Tobago, because the latter is a short distance from South America, near the mouth of the Orinoco River, and is in sight of Trinidad. However, the island that Selkirk really lived as a castaway, which used to be named “Mas a Tierra,” was renamed Robinson Crusoe Island in 1966.

Why is today considered Robinson Crusoe Day? Was February 1 the fictional birthday of Crusoe, or the real-life birthday of author Defoe? No. Was it the anniversary of the first publication of the book? No. Actually, February 1 was the date of the 1709 rescue of Alexander Selkirk. To commemorate the rescue on this day, we are urged to be adventurous and self-reliant every day. 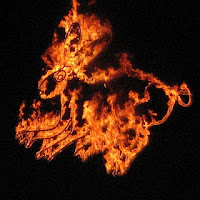