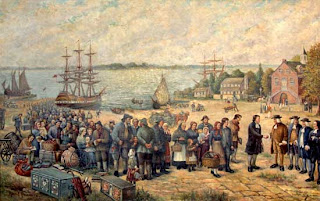 They've been celebrating this memorial day for more than 260 years—the longest continually-celebrated Thanksgiving in the country—and yet many of us have never heard of it.

I guess that's because the “they,” in this case, is not very many people. It is estimated that Schwenkfelder churches have a combined membership of fewer than 3,000 people. My high school was larger.

But it started a whole lot smaller. When the Schwenkfelder Society first came to North America and settled in the Pennsylvania-Dutch region, there were fewer than 200 people. 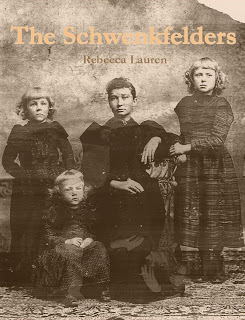 How is Schwenkfelder Thanksgiving celebrated? With a huge feast? Roast turkey? Pies and cakes?

No, it is celebrated with a simple meal of water, bread, butter, and apple butter. This celebration first happened on this date in 1734,  just two days after the people had arrived in North America, so they didn't have crops to harvest. The people were giving thanks that they had escaped the religious persecution they'd faced in Europe: being driven from their homes, imprisoned in dungeons, even sold into slavery. 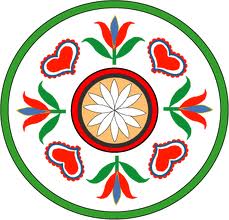 One thing my kids loved about Pennsylvania Dutch country were all the colorful hex signs on barns and other structures. You can get tips for making a personal hex sign at Kinder Art. 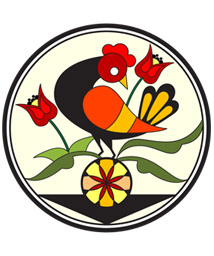 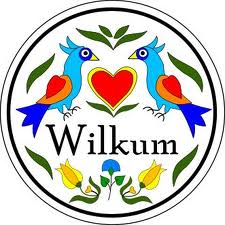 If you like paper dolls, Heritage Paper Dolls website has a Pennsylvania Dutch dress to be printed and colored. (Notice the PDF file to download and print.)