On this day in 1945, U.S. Congress officially recognized the Pledge of Allegiance as an American flag salute. The original pledge was written by Baptist minister Francis Bellamy half a century before, for a public school program. Bellamy apparently never considered putting in a line about God (the words “under God” were added to the pledge in the 1950s), but he did want to include the word “equality.” Because Bellamy knew that powerful people who would see the program were against equality for women and for black people, he backed off from his good idea and simply wrote:

“I pledge allegiance to my Flag and to the Republic for which it stands, one nation, indivisible, with liberty and justice for all.”

In the 1920s, the National Flag Conference changed Bellamy's words “my Flag” to the phrase “the Flag of the United States of America.”  Bellamy disliked the change and protested it. Bellamy's granddaughter has said that he would also have resented the addition of the words “under God.” Apparently he had been pressured into leaving his job of minister because of his socialist ideas; eventually he left the Baptist church altogether.

Some people want to change the pledge to a version close to Bellamy's original concept:

“I pledge allegiance to my Flag, and to the Republic for which it stands, one nation, indivisible, with equality, liberty, and justice for all.” 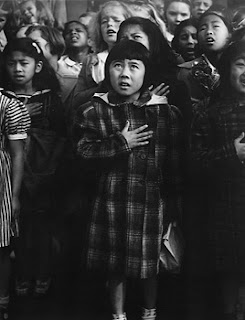 By the way, did you know that the Supreme Court ruled that nobody can require others to salute the flag or say the pledge? In 1940, the court ruled by an eight to one vote that the government could make people show respect for the flag because it was the central symbol of national unity. But just three years later, by a six to three vote, it reversed its ruling, saying that the right to free speech guaranteed in the First Amendment meant that people did not have to salute the flag or say the pledge. 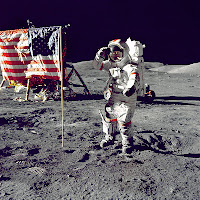 (These court decisions were in response to children whose families were Jehovah's Witness. The kids felt that reciting the pledge would go against the teachings of their religion—but they were expelled from school for their refusal to participate. Some school kids today who don't participate in reciting the pledge say that their refusal is due to the fact that they do not believe in God, and don't want to pledge with the words “under God.”) 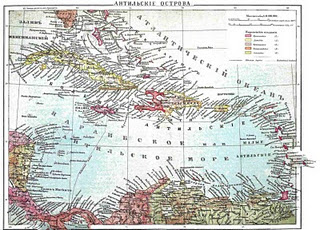