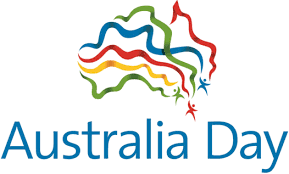 Today commemorates the landing of the First Fleet at Sydney Cove in 1788. Almost 1,500 people were about the 11 ships of the fleet, most of them convicts, and their intent was to claim the land for Great Britain and start a convict settlement in what they called New South Wales.

This national holiday used to be called Foundation Day by some Australians—and Invasion Day by others! Of course, there were already people living in Australia before the First Fleet arrived. Some native Australian people (Australian Aborigines) have complained about celebrating the destruction of their culture by British colonization. 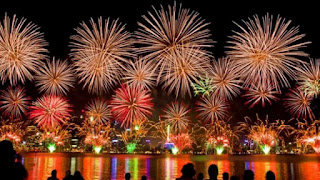 Despite the protests, Australia Day is celebrated all around the country, with parades, speeches, awards, music festivals, aerial displays, fireworks, and races (tall ships, surfers and even ferries race across Sydney Harbor, for example). In 1988, the bicentennial celebration, there was an elaborate reenactment of the First Fleet landing. 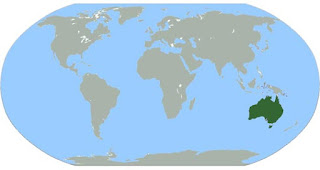 Strange and marvelous creatures!
Australia has some of the strangest mammals on the planet! Almost all the native mammals are marsupials, which means that they all have pouches in which mothers carry their young through early babyhood. On most continents there were marsupials and placental mammals, but the placental mammals were more successful and so marsupials died out. (The opossum of South America was the exception.) The placental mammals include just about every mammal you can think of – cats and dogs, cows and horses, giraffes and elephants, and many others. But in Australia, the placentals died out and the marsupials dominated the land, evolving into many different forms.

Other strange Australian critters include monotreme mammals, colorful reptiles, and flamboyant birds. See if you can match the names of Australian animals to their pictures (scroll down for the names):

Make damper or damper dogs. There is a recipe here.

Color some pages (scroll down for Aussie animals!).


Speak Aussie! Did you know that when Aussies get out the barbie, they're not talking about a doll? In Australia, a barbie is a barbecue. Learn lots more Australian lingo here.

Sing the Kookaburra song! And be sure to click the audio file at the bottom to hear a kookaburra laugh!