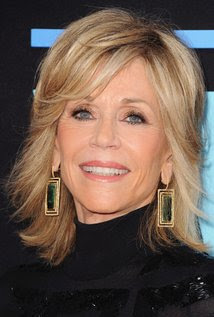 Jane Fonda is very famous. She grew up in a famous family, and she married a famous man, and she is famous on her own for at least five different reasons.

1) She is an actress. She's been in movies such as On Golden Pond (and her real-life father, Henry Fonda, played her movie dad), on Broadway, and on TV shows such as The Newsroom and Grace and Frankie. She has been nominated for gobs of awards (including SEVEN Oscars!) and has won two Emmys, two Academy Awards, two BAFTA Awards, and four Golden Globe Awards. 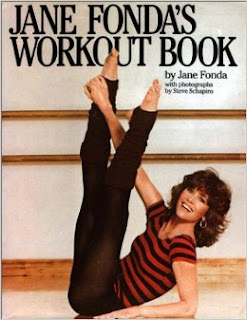 2) She has been called a “fitness guru,” because she has promoted exercise and fitness and has sold hugely popular and profitable exercise videos and books. (I used to use them, back in the day!)

3) Like many celebrities, Fonda has written about her life in a published book, and she also writes a blog.

4) Fonda used to be a model, back in the day. These days, celebrities — especially well-known actresses — often fill the roles in print ads and commercials that models used to fill, and Fonda recently became a “new” (older) face for L’Oreal Cosmetics.