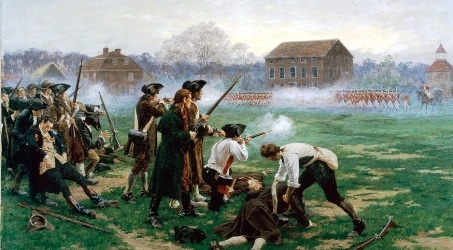 On the morning of April 19, 1775, John Parker was already dying of consumption.

Still, he had been elected as militia captain by the men of his town, Lexington, Massachusetts. He had had experience as a soldier in the French and Indian War – when he wasn't busy being a farmer and mechanic – and the had Massachusetts Militia needed farmers who were experienced in battle to lead what was basically a group of farmers with muskets.

The British troops, on the other hand, were trained soldiers called “regulars.” And on this date in 1775, a group of about 700 British regulars under Colonel Francis Smith moved to Concord, Massachusetts, to search for supplies and weapons that were rumored to be hiding there.

Lexington just happened to be on the road to Concord. 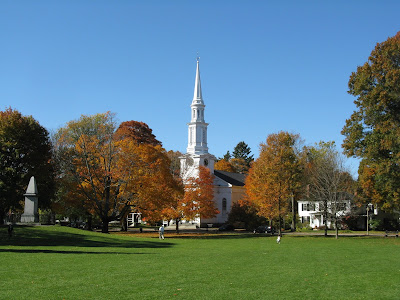 Captain Parker heard that British soldiers were approaching – but of course he didn't know why they were coming his way. The Revolutionary War hadn't started yet...British troops had been marching through the countryside without battles for months now...Parker had no good reason to order an attack on the better-equipped, better-trained Brits.

Actually, from all accounts, Parker didn't order such an attack. But it is uncertain exactly what did happen. British Colonel Smith had ordered an advance guard to see if there was going to be any confrontation; when the advance guard approached the colonists gathered on the Common in Lexington, Parker ordered his men to avoid a confrontation. One soldier – much later – remembered the order this way: 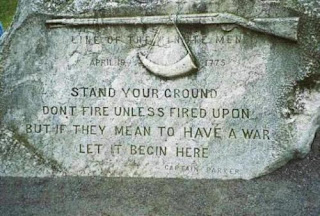 "Stand your ground. Don't fire unless fired upon, but if they mean to have a war, let it begin here."

Another soldier, a fellow you may have heard of named Paul Revere, remembered the order to be slightly different:

"Let the soldiers pass by. Do not molest them without they begin first."

It's reported that the British soldiers, too, had orders not to shoot. But....there was shooting!

Nobody is certain who shot first, but after the “Battle of Lexington” eight militia were killed, ten were wounded, and zero British regulars were killed and only one was wounded.

Not all that auspicious a beginning for the often-romanticized American Revolution!

Later that day Parker led his men to ambush the British soldiers as they returned to Boston from Concord, and later still he led his men as they resisted the British Siege of Boston...but in less than five months, Parker died from consumption. 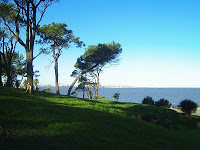 Landing of the 33 Patriots Day in Uruguay

Day of the Indian in Brazil 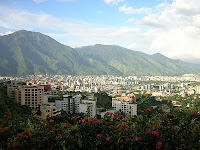 Beginning of the Independence Movement Day in Venezuela

Anniversary of the first Boston marathon

Education and Sharing Day in the U.S.A.