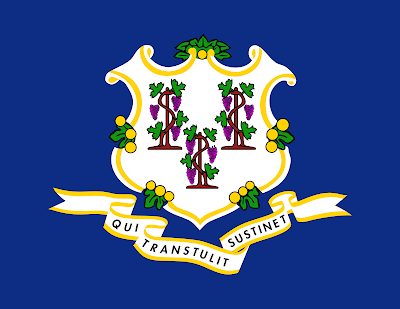 Connecticut became the fifth state to ratify the brand-new U.S. Constitution on this date in 1788.

Two years before becoming a state, Connecticut gave up its claim to lands west to the Mississippi. I never even knew the colony of Connecticut had ever claimed these lands! But apparently most of the British colonies established on the east coast during the 1600s and the early 1700s were established by royal proclamation or charter – and their northern and southern boundaries were often carefully defined; their eastern boundaries, obviously, were established by the Atlantic Ocean itself; but their western boundaries were a bit “iffy.”

Some of the colonies had no western boundary defined at all.

But some of the colonies were specifically set up as stretching “from sea to sea.” (I'm not sure if anyone “got” that that would be one heck of a long colony, stretching from the Atlantic to the Pacific more than 2,000 miles!)

Whether or not the western boundary of a particular colony was defined, obviously the land was very much in dispute. You know that Native Americans of many different groups lived in North America; also, any one region was likely to be claimed by more than one colony and/or European power.

I truly thought that Connecticut, since it runs into New York – which was settled by the Dutch in the very early 1600s and was conquered by England in 1664, and therefore established as a British colony not much more than two decades after Connecticut was founded – would not be one of those colonies claiming western lands. However, Connecticut DID lay claims to a Connecticut-sized strip of land all the way to the Mississippi River. It settled a boundary dispute with New York in 1683, gave up its claim to what is now the top half of Pennsylvania in 1786, gave up lands stretching from Lake Erie to the Mississippi River also in 1786, and finally ceded a bit that is now Ohio in 1800!

Check out these two maps to see what I'm talking about! 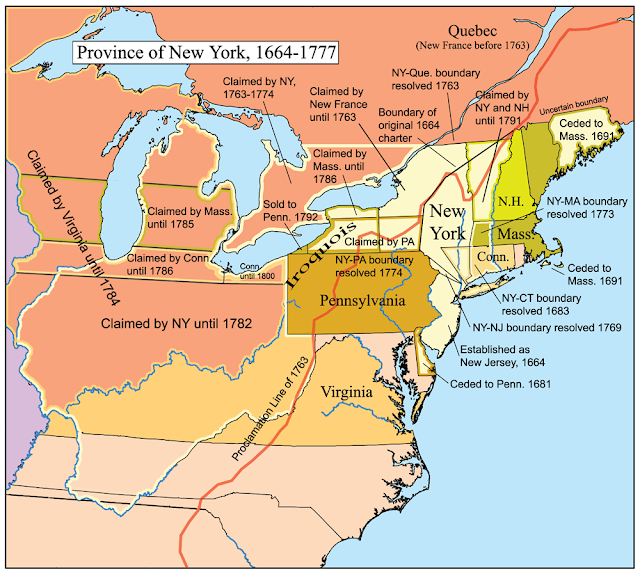 Check out Enchanted Learning,  the state's website for kids, or Facts.Co.

My husband and I love to check out famous universities when we can. My favorite university campus in the U.S., so far at least, is Yale University, which is located in New Haven, Connecticut. If you want to do a virtual tour of Yale, try this or this other video. 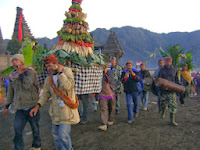 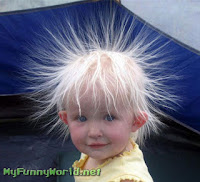 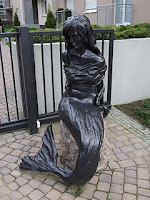