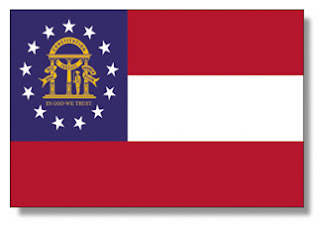 Way back when, in late 1787 and early 1788, lawmakers in the various colonies/states were deciding whether or not they could live with the government outlined in the brand-new United States Constitution.

Georgians decided VERY early in 1788 – on January 2 of that year, in fact! So Georgia became the fourth state to ratify the Constitution.

It had been the last of the 13 original states to be established. It was named after King George II of Great Britain—the grandfather of the King George the Americans fought against during the Revolutionary War!

Years later, Georgia became the fifth state to secede from the U.S., joining instead the Confederate States of America, and it was actually the very last state of the Confederacy to rejoin the Union!

Here is an example of how confusing this can be: there was a very sad occurrence during the 2010 Winter Olympics, when a member of the Georgian team died in a practice run on the luge during the day of the opening ceremony. When I told some kids about the tragedy, several of them kept thinking he was from Georgia-the-U.S.-state and were confused—kind of like, “Wait, does each state have its own team?”

Most of the old graffiti was covered with plexiglass so it didn't get worn away. There were ALL these signs telling people that adding their own “John Henry” to the mountain was against the law and very highly punishable! 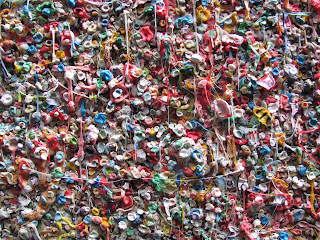 Third, we passed between a chewing gum cliff and a chewing gum boulder. This colorful corridor of rock was created by thousands of wads of chewing gum that had been applied all over the rock surfaces—all the way down to the ground and all the way up to arm's reach above my husband's head.

Fourth, of course we were so happy to reach the top. There we had a great view of the surrounding area and an unusual view of the figures carved into Stone Mountain. 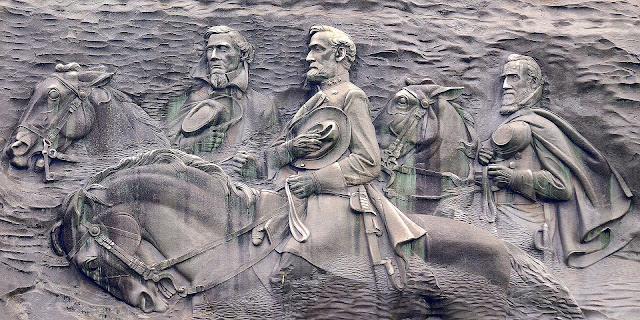 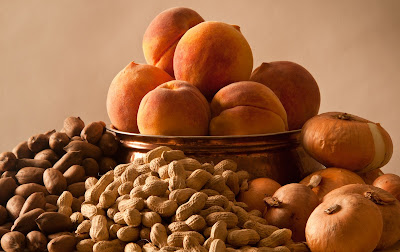 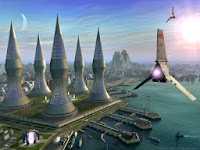 Anniversary of the discovery of the planet Vulcan