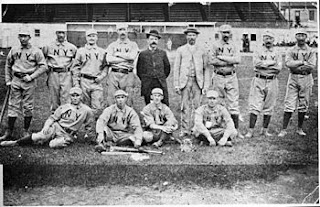 The team was the New York Gothams. (The team that later became the NY Giants.)

The idea? Let's attract more women to watch baseball games—and hopefully they will become fans, so we can sell more tickets to games, and fill the grandstands.

In order to lure women to baseball, the Gothams' owner declared this date in 1883 Ladies' Day, and all women were allowed in to the game for free. It wasn't one of those strings-attached offers; you didn't have to pay for one ticket to get one ticket free, for example. That meant that women could go to the game for free either alone or in groups of women, rather than having to be escorted by a man.

And, guess what? It worked so well that there were Ladies' Days in many different ball parks all over the U.S., for about 100 years! Women really did become fans who would pay for tickets all through the season. 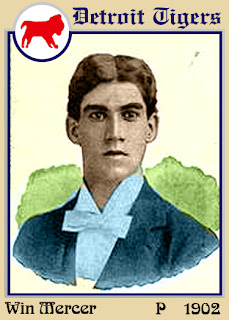 I don't know if umpire Bill Carpenter would think that Ladies' Day was such a good idea. Apparently the Washington Senators team had a Ladies' Day in 1897, and about 1,000 women went to the game. One of the players, “Win” Mercer, was very popular with women fans, and when he got into an argument with the umpire and was thrown out of a game, many of those women stormed the field. They either chased him all over the field, threatening him with their parasols, as one account would have us believe, or they shoved Carpenter to the ground and ripped his clothing, as another story said. Either way, this extraordinary event is called the Ladies' Day Riot.


To celebrate the day, perhaps you can attend a baseball game—whether you are male or female, adult or kid. Just don't forget your parasol!

Anniversary of British universities being open to people of all faiths (hooray for freedom of religion!)


And here are my Pinterest pages on July holidays, historical anniversaries in July, and July birthdays.
Posted by Cathy at 12:30 AM