Sometimes I just shake my head when I hear Americans bemoan how much gasoline costs, these days.

Well, guess what? That's cheap, compared to much of the world. Prices of gas—stated in U.S. dollars per gallon—are from $8 to $10 in most of Europe, Hong Kong, and Turkey.

Still, gasoline costs a lot—and not just the money you pay at the pump. Burning all that non-renewable fuel causes global warming and air pollution. So we should all be moving toward dumping the pump! 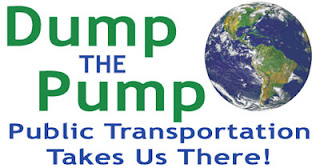 Today's the day to make an effort to see how that would change your daily life. We are encouraged by the Dump the Pump creators to use mass-transit, walk, or use an electric vehicle.

Some cities are giving away free bus passes for the day. Some are using economics to convince people to use mass transit every day and save an estimated $10 thousand! 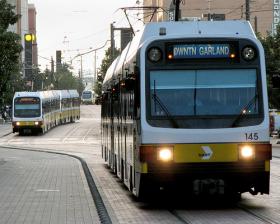 We don't use mass transit all that often, but my husband bought a Nissan Leaf and loves it! He never has to go to a gas station, nor get an oil change. Hooray for the all-electric car!

Anniversary of the “Tennis Court Oath”