First, and very important, if you ever play tug of war, do not loop the rope around your hands or fingers!! You may think it will give you a better grip, but you could literally lose a finger or two! Also, if the rope breaks, the broken ends can sever fingers—so make sure that it is a special tug of war rope. The ordinary nylon ropes sold in hardware stores are not safe to use!

On that cheery note (sigh), welcome to International Tug of War Day! 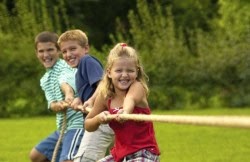 A tug of war consists of two teams pitted against each other, each trying to pull the center line of the rope to their side's marker—or perhaps trying to pull the other team into a pool of water or a pit of mud!—in a competition of “my team's stronger than your team.” 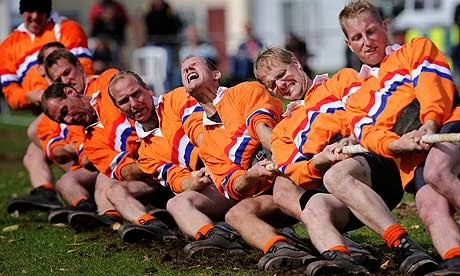 If you can believe it, there are 53 nations that have formal national organizations for playing Tug of War. There are tug of war clubs and both indoor and outdoor competitions. There are even World Championships—and from 1900 to 1920, tug-of-war was an Olympic Sport!

Where did this game of tugs start? Nobody knows, but the game is so ancient and widespread, it seems likely that it was invented several separate times. We know that the sport was played in Ancient Egypt, Greece, and China, in India at least as far back as the 1100s, and by at least some Native American tribes. The sport was used to train warriors, to entertain kings, and even to settle disputes. According to ancient Chinese legend, the Sun and Moon played tug of war over light and darkness.

Modern tuggers may play with just five to twelve people on each side, but there are some really large games, too. For example, a 1997 tug of war in Taiwan included 1,600 participants.

(Folks, this is just too many people! I don't care what rope you use, huge mobs hauling on opposite ends of a rope is a recipe for disaster. In the Taiwan case, two men lost their arms when the rope broke, but after hours of surgery, both arms were successfully reattached.) 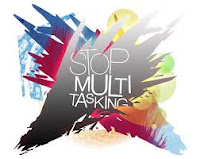 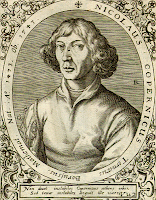