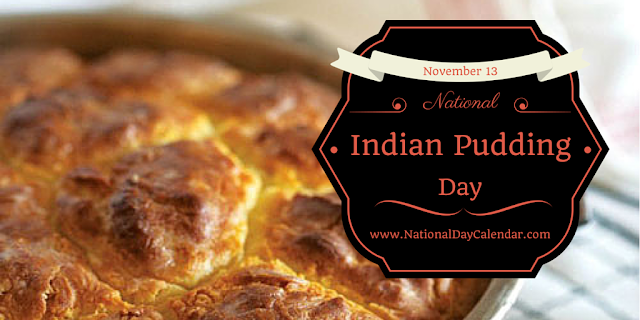 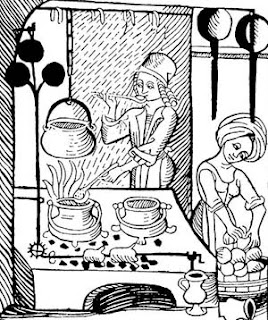 In Britain in the 1500s, one popular “comfort food” – humble but warm and filling – was called hasty pudding. It was made by cooking wheat flour in boiling milk or water until becomes about as thick as an oatmeal porridge.

In other words, hasty pudding is pretty much Cream of Wheat cereal! 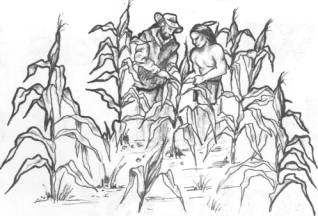 When British people first began to settle in North America, they learned from the Native Americans how to grow corn, and how to grind it into cornmeal – something that the colonists sometimes called “Indian meal.”

So when the New England colonists made hasty pudding, they substituted cornmeal for the wheat flour. 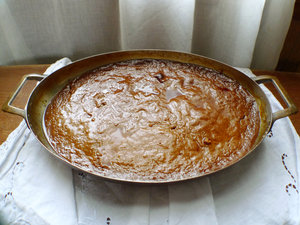 Hasty pudding, New England style, was often called Indian pudding. The desert developed with the availability of sweeteners and spices, and the version we generally enjoy today consists of cornmeal boiled in milk and stirred until it has thickened. It is flavored with molasses, cinnamon, nutmeg, and eggs, and then it is baked so that it will have a smooth, silky texture.

Like pumpkin pie, Indian pudding doesn't look all that delicious to many people; actually, personnel in New England restaurants report that many people don't like the sound of the pudding – they don't want to even try it. However, most people who do try the pudding find it delicious. And those who eat Indian Pudding regularly consider it perfect cold-weather fare. 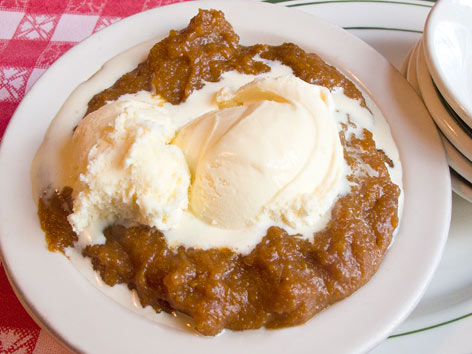 Food historians say that it is one of the very first British American dishes.

Perhaps today is THE day you will try this all-American treat! 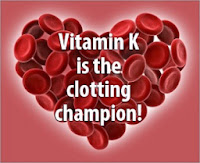 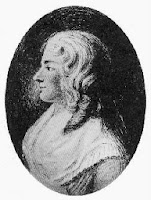 Harvest Festival on the US Virgin Islands

Anniversary of the dedication of the Vietnam Veterans Memorial 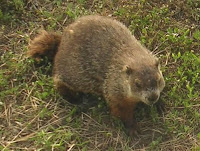