Although Elizabeth I became Queen of England in November of 1558, upon the death of her half sister Mary I, she was crowned on January 15, 1559, at Westminster Abbey.

On the evening before her coronation, Elizabeth made a “royal entry” or “triumphal progress” through the city of London. Her citizens crowded around to greet and honor her, and speeches were given and pageants held. Apparently Elizabeth responded to these honors in such an open and gracious way that the spectators loved her.

On the day of the coronation, Elizabeth was crowned by the Catholic bishop of Carlisle, and she was presented to her people while fifes, trumpets, drums, organs, and bells played.

Learn more about Elizabeth I. 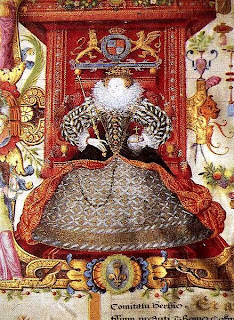