did this holiday of jokes and pranks get started?

Actually, the holiday has been around so long, nobody really knows. Apparently there have been mentions of an All Fool's Day, people sending others on a “fool's errand,” and so forth all the way back to the time of Chaucer (the late 1300s).

One possible reason put forth for the holiday is that, during the middle ages, calendars were often changed to align with the calendars of other realms, or with the sun. In France the New Year used to be celebrated from March 25 to April 1, so when most people made the shift to starting the New Year on January 1, they may have laughed at and teased those who hadn't gotten with the program yet...The problem is, this explanation should explain the holiday from the late 1500s, when France's calendar was changed, rather than two centuries older! 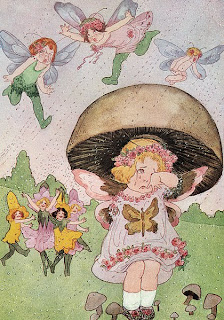 Perhaps the holiday originated with the Persian prank day, Sizdah Bedar, which usually falls on April 1 or 2. This is the oldest prank tradition that is still around—and it got its start as far back as 536 B.C.!

At any rate, if an adult asks you to go find some hen's teeth in the barnyard, DON'T DO IT! The adult is just having a laugh at your expense!

Famous Pranks
There have been some really great April Fool's pranks pulled over the years (and of course some not-so-funny jokes, too).

Some companies, such as Google, produce at least one major prank per year. Wikipedia has a long list of pranks. I thought these were some of the best:

“In 1996, Taco Bell took out a full-page advertisement in The New York Times announcing that they had purchased the Liberty Bell to 'reduce the country's debt' and renamed it the 'Taco Liberty Bell.' When asked about the sale, White House press secretary Mike McCurry replied tongue-in-cheek that the Lincoln Memorial had also been sold and would henceforth be known as the Lincoln Mercury Memorial.”

“In 1976, British astronomer Sir Patrick Moore told listeners of BBC Radio 2 that unique alignment of two planets would result in an upward gravitational pull making people lighter at precisely 9:47 a.m. that day. He invited his audience to jump in the air and experience 'a strange floating sensation.' Dozens of listeners phoned in to say the experiment had worked.”

If you have the time, check on the rest of the long list on Wikipedia. (Scroll down to "Famous Pranks." Also notice the amazing photo of a subway-car prank at the top of the page!)

There have been so many Google pranks, Wikipedia gave it its own page!

Last but certainly not least, there are several straight-up tricks such as a glass of juice you can't drink and a spilled-and-melting ice cream cone that is no such thing. Kids might like best of all the gross-yet-professional-looking candy wrapper that you can put on an actual candy bar. 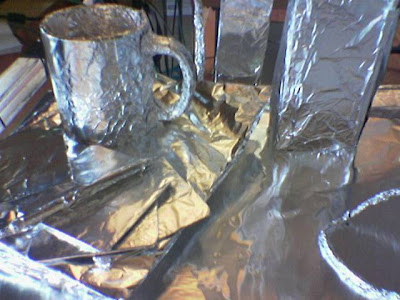