Night of the Radishes – Oaxaca, Mexico

The people of Oaxaca carve radishes into figures and animals, to be displayed or sometimes sold.

You can borrow this tradition and do a little radish carving yourself (ask permission!), or you can add radishes to your salad in honor of the holiday.

Festivus – the Holiday for the Rest of Us

If you don't live in Oaxaca, Mexico, you can enjoy the all-new, modern-living “holiday” of Festivus. Created by writer Dan O'Keefe and made famous on episodes of the comedy television show Seinfeld, this holiday is characterized by putting up an aluminum Festivus Pole and having activities such as the “Airing of Grievances” and the “Feats of Strength.”

Yes, it's pretty much “just” silly fun, but Festivus functioned as a holiday in the O'Keefe family for about 30 years before it became part of a Seinfeld episode in 1997. The family originally held Festivus celebrations in February to commemorate Dan O'Keefe's first date with his wife.

Now that the holiday is celebrated by more than just one family, a company actually manufactures Festivus poles, and Wisconsin Governor Jim Doyle had one in the executive residence (it is now a part of his museum). Festivus poles have also been erected in several city halls and other governmental spaces, along with Hanukkah and Christmas decorations. Festivus was the name of a Ben & Jerry's ice cream flavor in the early 2000s, and the name has been borrowed for several other items and events.

The Roots of Radishes

You probably know that radishes are edible roots. But, did you know that...?


Radishes are related to turnips and mustard plants.

Although red radishes are the most familiar to most of us, some kinds of radishes are purple, white, pink, yellow, or gray. Ummm, gray radishes! Sounds yummy!

Radishes were grown in the ancient Greek and Roman empires.

The leafy part of the radish plant can be eaten, too.

Some people make radish pies! Get a recipe here.

Oaxaca, Land of the Black Pottery 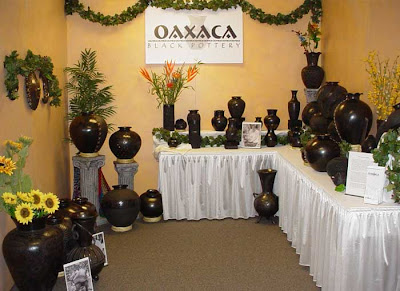 This Mexican state's name (and the capital city of the same name) is pronounced Wha-haw-kaw (with each syllable rhyming with the English word raw). It is famous for its beautiful, shiny black pottery (from the town San Bartolo Coyotepec), made with a local dark clay.
The state includes lovely beaches and lagoons, waterfalls and even some petrified waterfalls. It is considered the culinary capital of Mexico and is famous for its chocolate, its local cheese (now imported all over the world), and even its chapulines, or roasted grasshoppers (again, yummers!). Oaxaca has more than 4,000 archeological sites, and its forests boast around 30,000 different species of plant life!

Information about Oaxaca (including little mini-videos) can be found here.

Learn about Mexico with Zoom School.

Learn some Spanish!
Here is a great site for learning Spanish -- free!
Here is a website that has a game about the parts of the face (or, in Spanish, la cara).
Posted by Cathy at 5:14 PM